French Fashion houses announced they will not be using size zero models on their runways and photo shoots. Due to accusations of encouraging eating disorders in the fashion industry, the country has banned unhealthy models working in fashion and are hoping this ban will encourage other houses to follow. They have also put a stop of girls younger than 16 in work where they would represent adults. Among them are Saint Laurent, Louis Vuitton, Dior and Gucci.

This news came just before New York Fashion Week started, and companies had to move quickly to enforce the new approach to Paris Fashion Week specifically. Allegedly Paris has been the biggest offenders in the unhealthy overly thin model debate, making this decision ever so important. Paris based magazines are also legally obligated to note when a photo of a model has been edited. There is a $45,000 fine otherwise. So how are size zero models being filtered out? Models are required to provide a doctor’s certificate that says their Body Mass Index (BMI) is healthy enough for them to work.

We’ve discussed before that BMI is not the most accurate or healthy way to state someone is in good health. 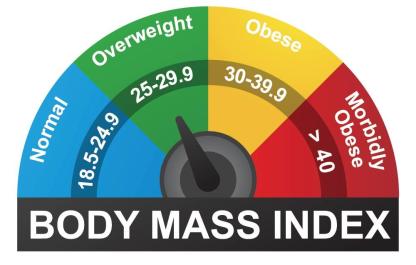 When discussing what is the appropriate BMI, who is going to regulate this new measuring stick for a models “health”? Who is going to determine the correct amount of “Mass” a model should or shouldn’t have? As each model is of different heights and builds, aren’t we heading down a slippery slope when we try to put all of the models under the same umbrella?

As in sports, they have found that a vast majority of the athletes would have been classified as obese under the current scale and a quick visual of someone such as LeBron James would render that classification comical at best and grossly incorrect at worst. I do agree that there should be precautions taken to insure the models health and well being.

Again to note the professional athlete analogy, there is constant talk of not overworking these finely trained athletes. They are often sat and their playing time is monitored to ensure that their bodies are not overtaxed. In the case of models, should this consist of a combination of regular physical examinations and testing of blood pressure and all of the pertinent levels such as heart rate and cholesterol levels with a modified BMI scale? Should there be modifications and limits on the amount of days or assignments that a model can work a month?

If these types of safeguards were put in place then maybe it would help with the safety and health for the models and would help prevent tragedies such as the 14 year old Russian model who died in China recently. I am not sure if it would have helped her or prevented her death, but there should be a panel of experts convened to examine these factors and to assure that the models do not get lumped into an unsafe scale that categorizes them as too thin or too heavy when in fact that may or may not be the case. While using BMI is a broad guideline for the Parisian fashion industry to use for scale, its a good start to promoting healthy body and image.

The DailyBeast, RUNWAY TO HELL The Mystery of What Killed a 14-Year-Old Russian Model in Shanghai, Brendon Hong, November 1 2017