Fashion in theater is for the stage not the people wearing them. Since the Tony’s celebrate the stage, the red carpet for a long time was not considered an event to watch. However, for three years now, Anna Wintour has overseen fashion at the Tony’s, and there have been major improvements. Fashion is now making an impact, and with far less outrageous, costume-y looks, A-listers from the screen and the stage gathered on Sunday at Radio City Music Hall. See some of the looks below.

Anna Kendrick in Miu Miu, Sarah Paulson in Rodarte, and Olivia Wilde in Michael Kors. All these gowns were very bright and sophisticated.

Cynthia Erivo in CG. This dress was a favorite of mine, the singular color enhanced the mix of feathers, beading and the organza sleeve.

I enjoyed the simple elegance and rich hues of both these gowns.

I thought sheer dresses would be the worst thing I ever saw, but this sheer bodysuit Keltie Knight wore is completely obscene. At least the lace offers a small momentary distraction.

Rachel Bloom’s suit was a great color, but the hems of those pants would have looked way more refined if they’d been tailored. 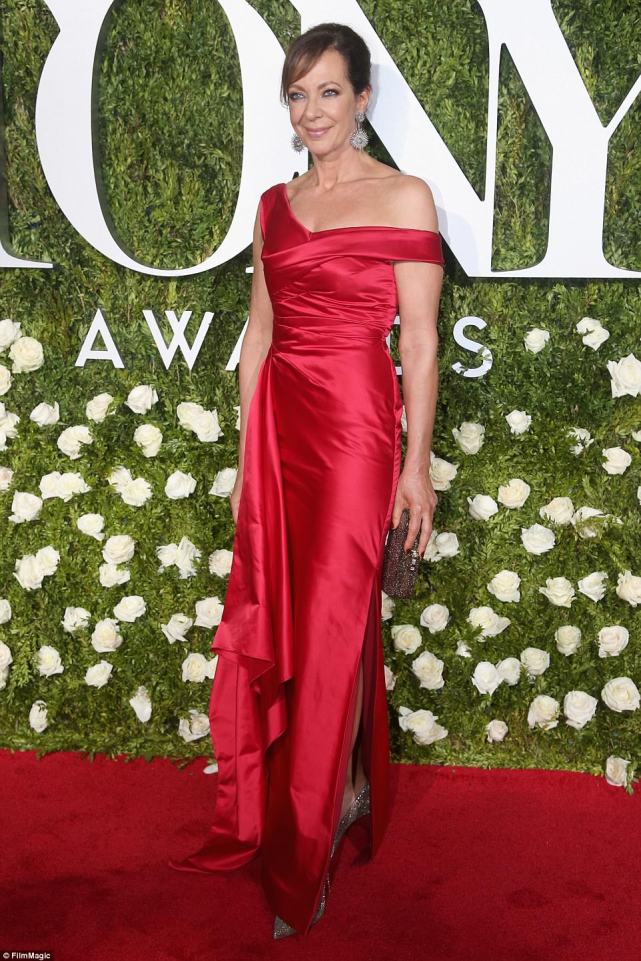 Allison Janney in Christina Ottaviano. I loved the way the fabric was wrapped and how it was draped. I’m not usually into the asymmetrical sleeves, but the wider space going from her shoulder to the bicep with the wider strap gave a very tasteful addition to this gown.

I wasn’t thrilled with these two gowns. I felt like the sheer top was unnecessary on Sara Bareilles’s gown. Christine Ebersole’s gown didn’t need such wide sleeves and could have used a more streamlined skirt. 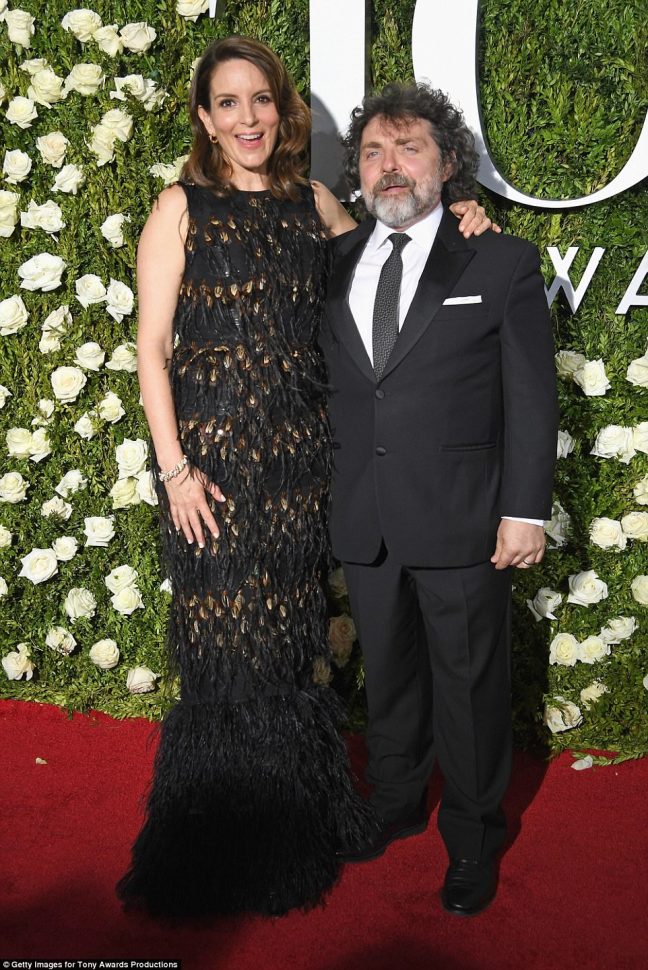 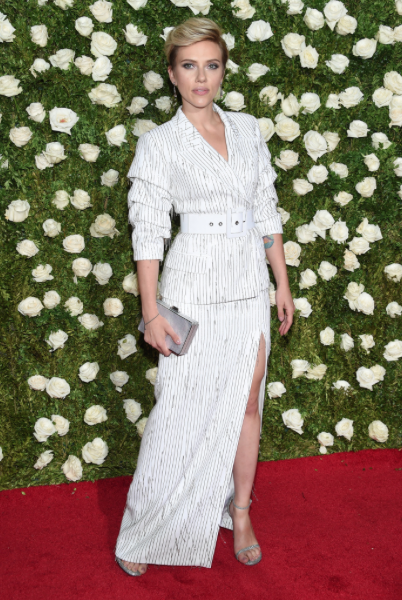 Scarlett Johanson in Michael Kors was my favorite look of the night. I liked the simple elegance, the summery stripes and the balance of the different pieces. The accessories and makeup were appropriately coordinated and it was just so fresh and demure.

I couldn’t decide which suit I liked best, which is your favorite?