Wow, was the Grammy red carpet a disappointment. There were so many gowns that had fabulous elements, but then other parts of the attire that just ended up making them weak. The event was pretty cool, I thought James Corden was a great host, and I loved Adele’s tribute to George Michael. However, the arrivals and outfit glimpses left me wanting so much more. Let me explain.

The shape of Laverne Cox dress by Bryan Hearns isn’t horrible, but the cutout and metal detail along the sides makes it just that. And that weird extra strap hanging off her shoulder is unnecessary.

Thousands of question marks are on my mind when I see this attire from Cee Lo Green.

The most confusing dress of the night was Katy Perry in Tom Ford. The sequin half is great and had it gone floor length would have been to die for. But instead we got a weird hybrid ensemble that is not interesting in the least. 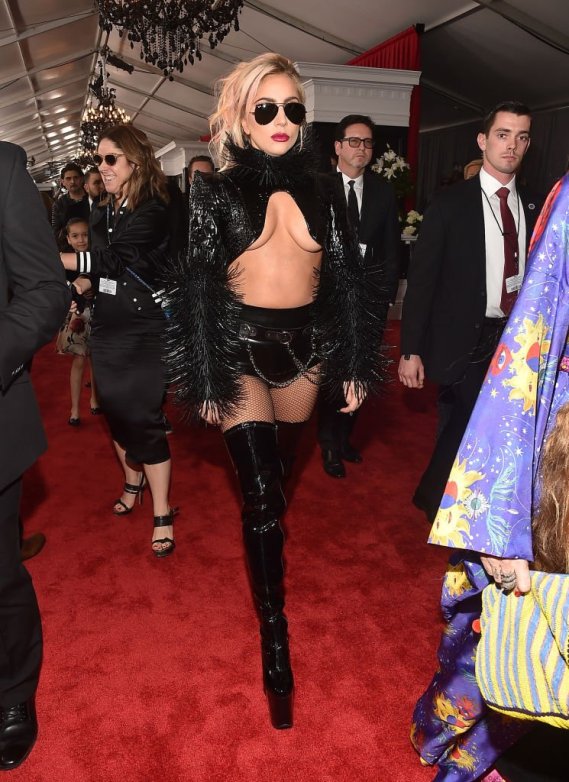 This, and the outfit Lady Gaga wore during her performance were both sleazy and lousy no explanation needed.

Even though the color of these dresses are really nice, when you can and have to hold the hem of your dress down to avoid a wardrobe mishap, the dress is too short. 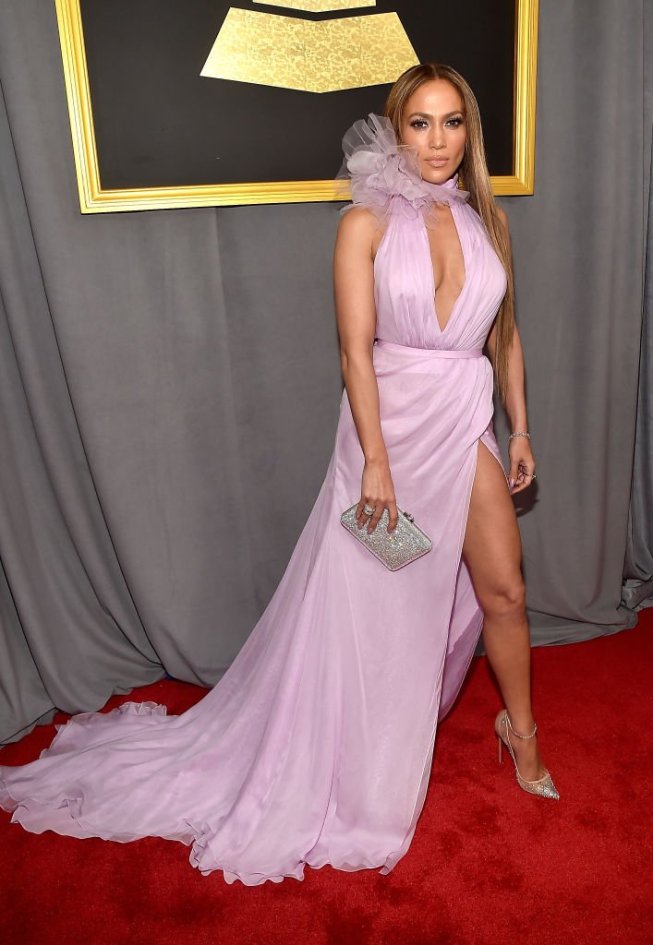 Another dress that doesn’t have a horrible silhouette is this Ralph & Russo couture Jennifer Lopez is wearing. Her clutch and shoes are great accents right? Then there is this tulle mess the size of her head. Why?

This Gucci dress Solange wore came so close but fell so far with that atrocity of a sleeve.

Do you see what I mean by unnecessary elements that are ruining these ensembles?

Halsey said this outfit was inspired by TLC and that she wanted an androgynous look. In that she succeeded. I like the color, and maybe for a different event this outfit would be acceptable, but for the Grammy’s I feel its innappropriate. I feel like every time I see her at an event she has no top. This is the biggest event in music, she could have at least worn a tank top.

Katharine McPhee wore a Thai Nguyen Atelier dress that was nice enough, although I think it could have been a bit chicer without the slit.

Back to another style that fell short, at least for me, was Lea Michele in Roberto Cavalli. The silhouette is fine, the crop top/skirt combination is a trending style and the embellishments are cute, but the skirt is sheer and I am so annoyed with that. Why are people into that trend? Her hair and makeup are also weird. The pink shadow made her look like she was sick and her hair looks so stiff.

Whose cleavage cutout do you like better-Carrie Underwood in Elie Madi or Demi Lovato? If these gowns weren’t sheer they would be some of the better gowns of the evening, but sheer skirts and a huge cutout make for too much on one dress.

Luckily, the night’s attire was not completely lost to us. Charlie XCX wore this vivid Vivienne Westwood gown. I really liked her velvet heels.

And a few of the better dressed of the night were Andra Day, whose hair accessories and dress color were superb; and Diana Gordon whose dress was modern with the cutout and tied straps, but balanced through the neck and hemline.

Rihanna wore Armani Prive also from couture week, although I think the top was cropped a little high, the skirt is great.

To some this might be too much floral, but I think Elle King in Teuta Satoshi had the perfect blend of elegant and bohemian.

Ryan Seacrest and Chance the Rapper both looked dapper. 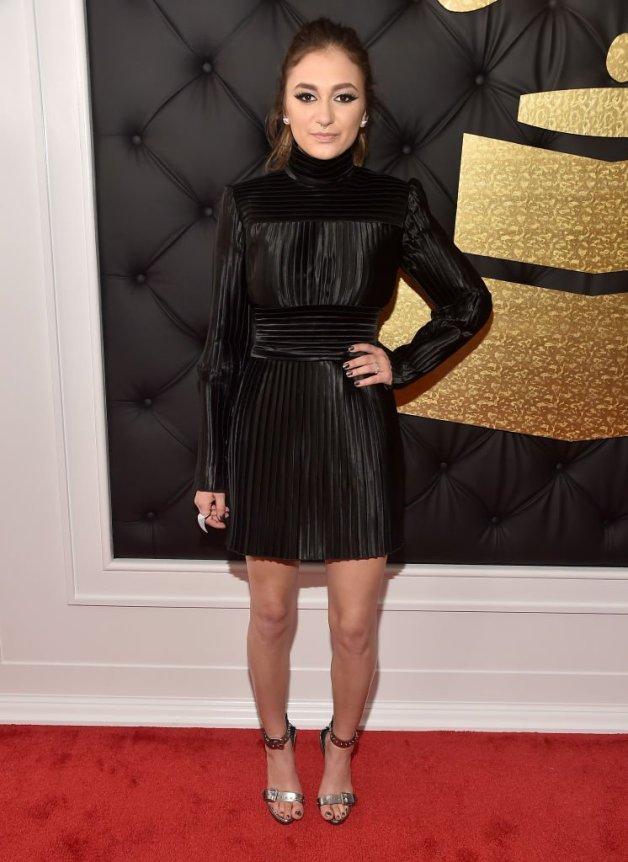 This Balmain dress Daya wore was very sleek. The pleats were a very stylish component.

Adele looked surreal and glamorous in Givenchy, and a congratulations to her for winning song, record and album of the year! 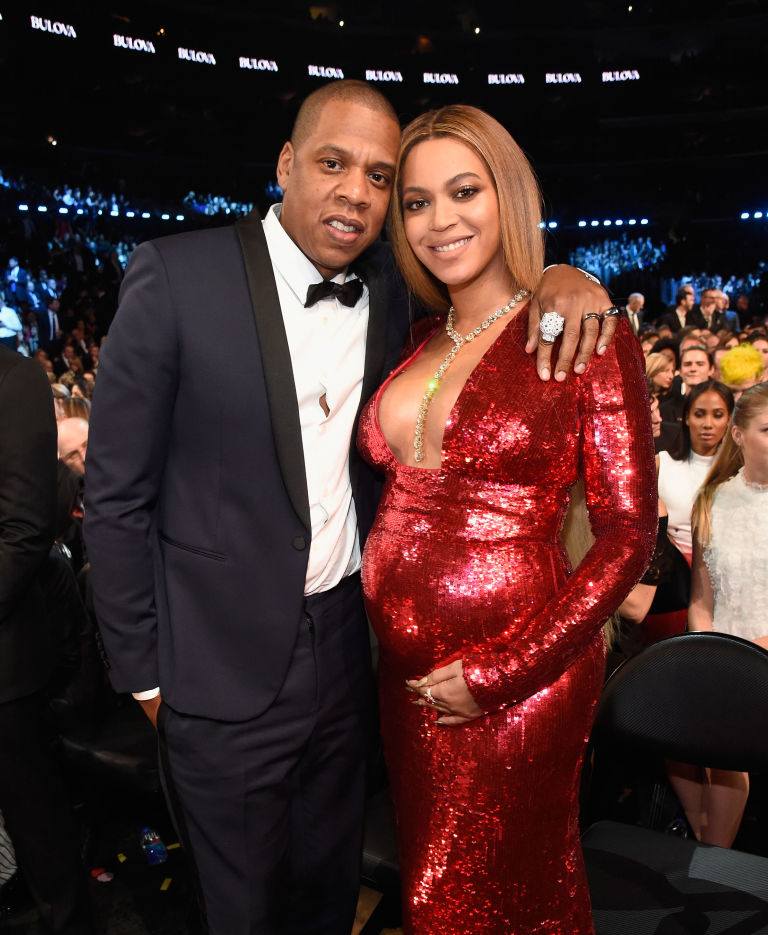 I thought Beyonce and Jay-Z  were the best dressed of the night. The contrast of navy in Jay-Z’s suit against the vibrancy of her dress and necklace are flawless.